Join us on this journey guided by architects

YOUR TRIP TO CHICAGO (Illinois, Wisconsin and Pensilvania)

We offer you the chance to visit monuments of great architects such as
Mies van der Rohe and Frank Lloyd Wright while enjoying this city full of surprises, the current cultural capital of the United States. Frank Lloyd Wright coined the term organic and open plan architecture, in which we can see impressive spaces that flow from one room to another. 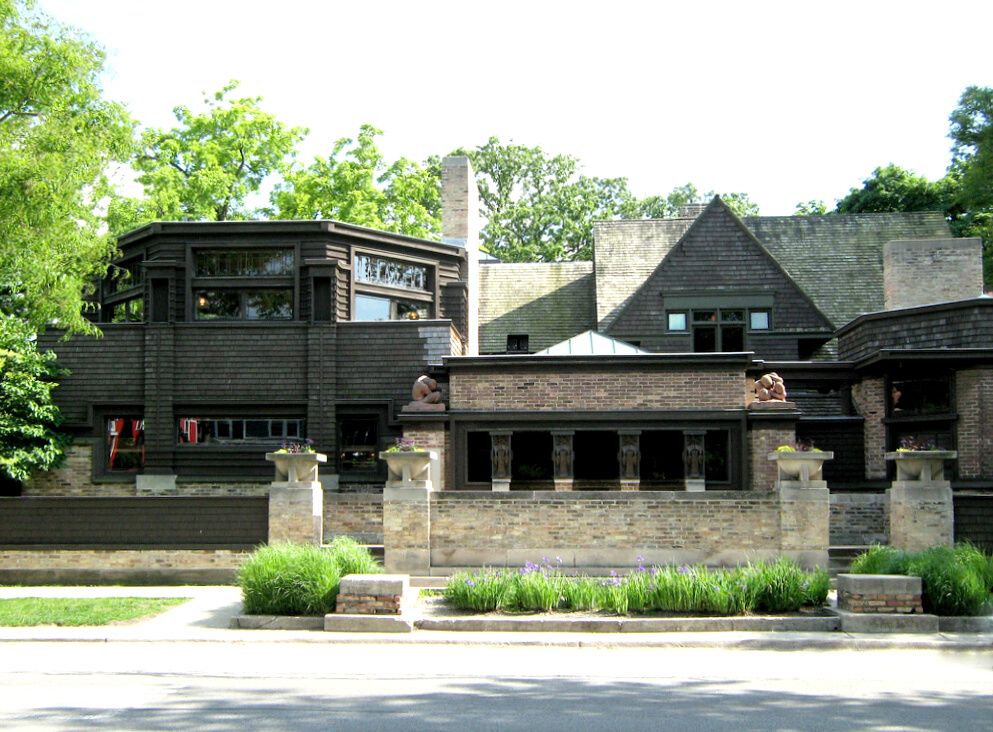 This concept is evident in the so-called “Prairie Houses” of Illinois. We will visit some of his major works and follow in his footsteps in Oak Park, Illinois. Another of his fundamental contributions to modern architecture is the open floor plan, with which he created impressive spaces that vary from season to season.

This concept can be found in Illinois prairie homes, as well in the architecture bof Mies van der Rohe in his Farnsworth House in Plano, Illinois.

In Mies Van der Rohe’s Farnsworth House we can appreciate that, although the structure is visually minimal, it is also radical and integrates into the natural space of the landscape.

International flights from the different destinations of the participants. 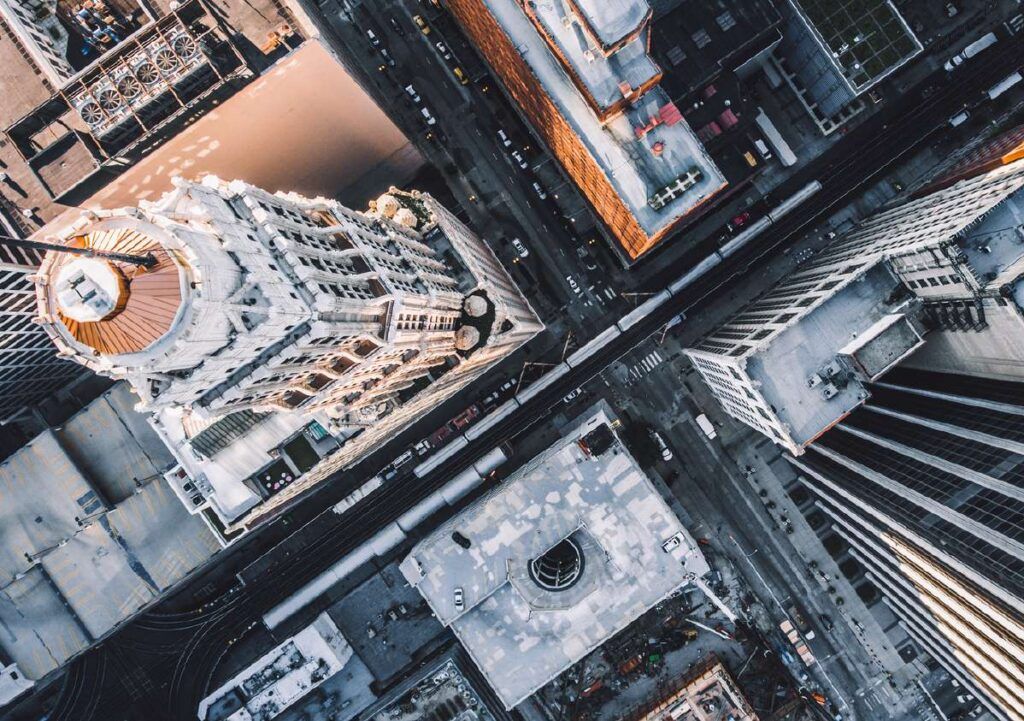 Arrival in Chicago at O’Hare airport and at Hotel Congress Plaza (or similar) by your own means. 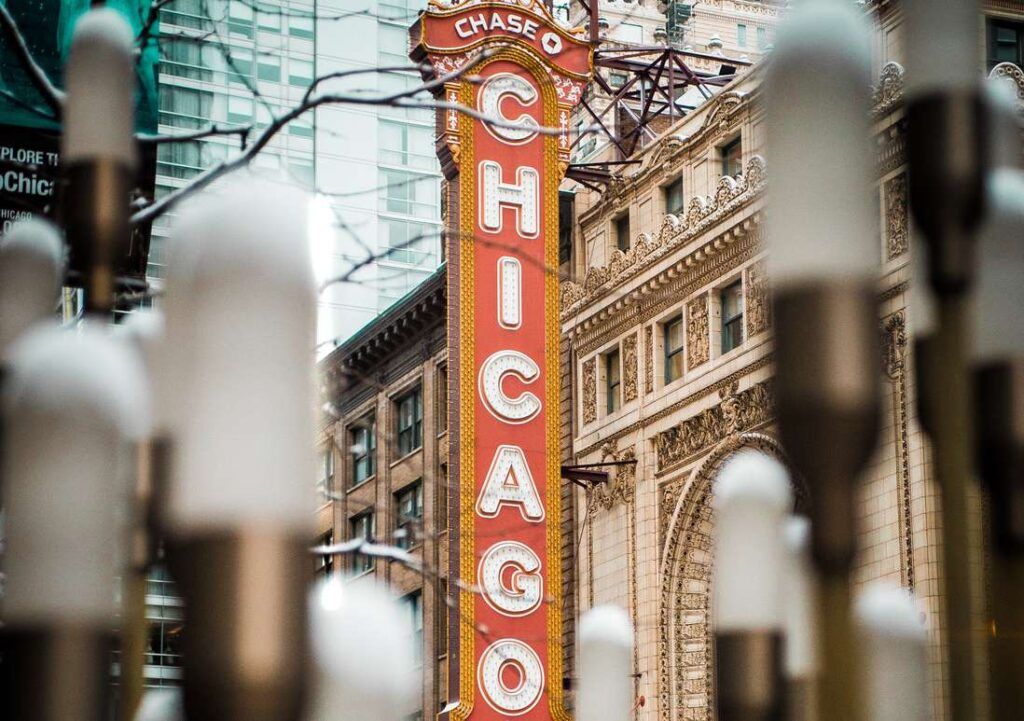 In the afternoon, meeting in the hotel lobby. Welcome dinner and introduction of the participants at the typical historic restaurant of the city Gino’s East – South Loop.

After dinner return to the hotel and first night in Chicago.

Transfer on foot to the Loop District and morning visits to: 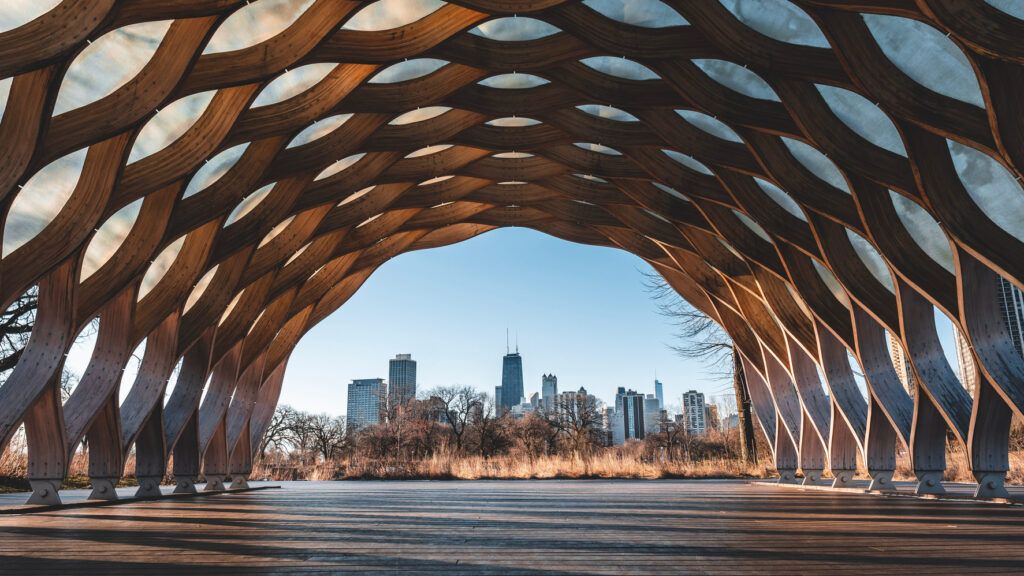 Willis Tower-former Sears Tower (SOM)- interior visit. Then we will  have an hour free for lunch. 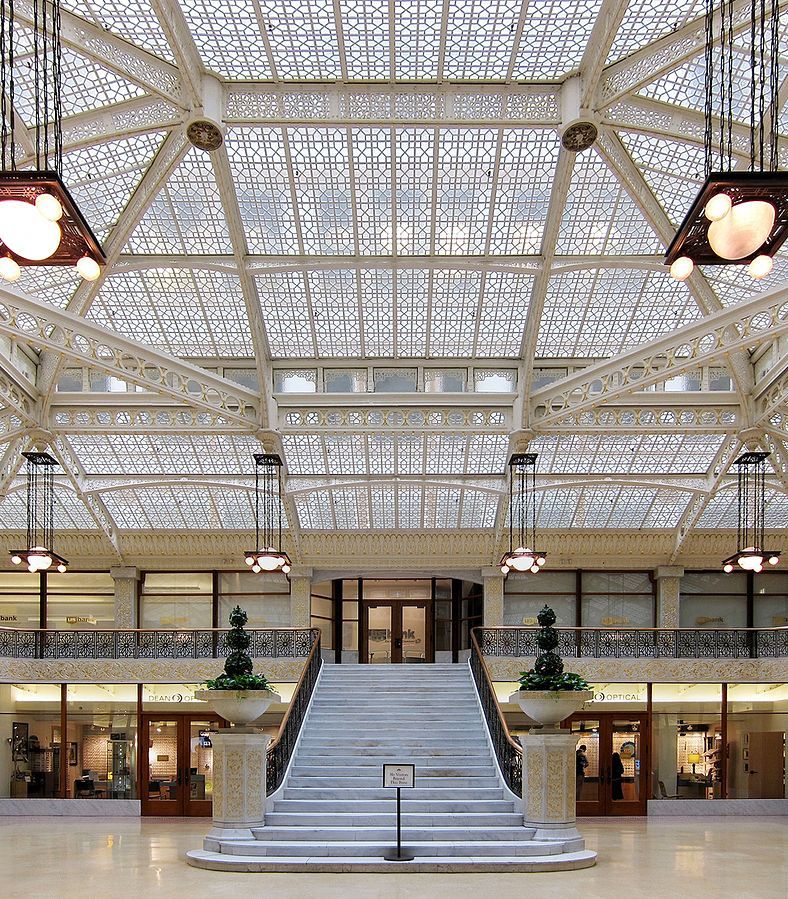 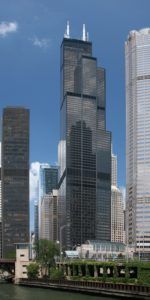 We will finish the day by going up to the Observatory Desk of the Hangkok Tower on the 96th floor to admire the best view of the city over a sunset drink! 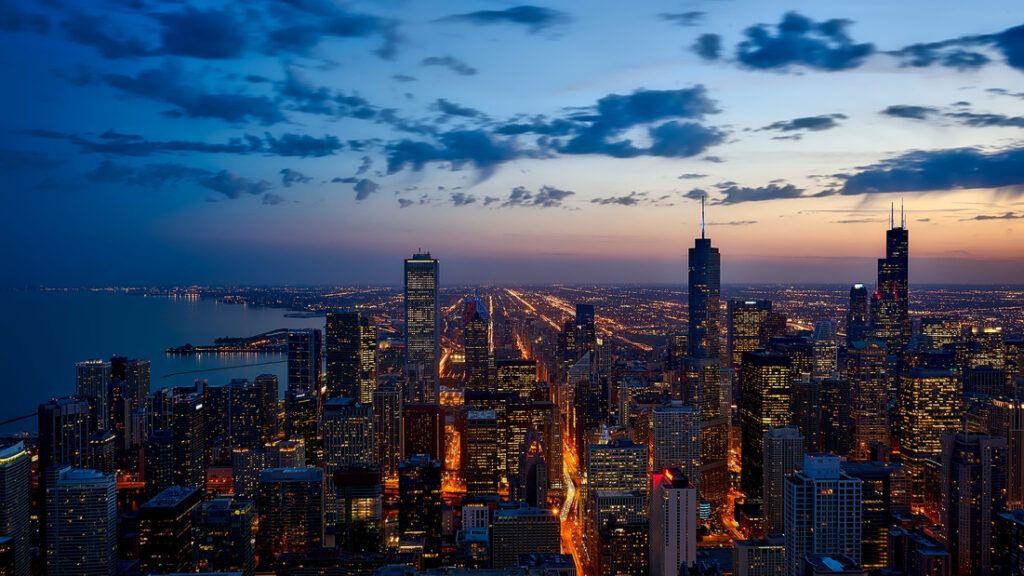 Return to the hotel at leisure and end of the day.

After breakfast meet the guide at the hotel lobby.

Travel by public transportation (included) for the day’s visits. 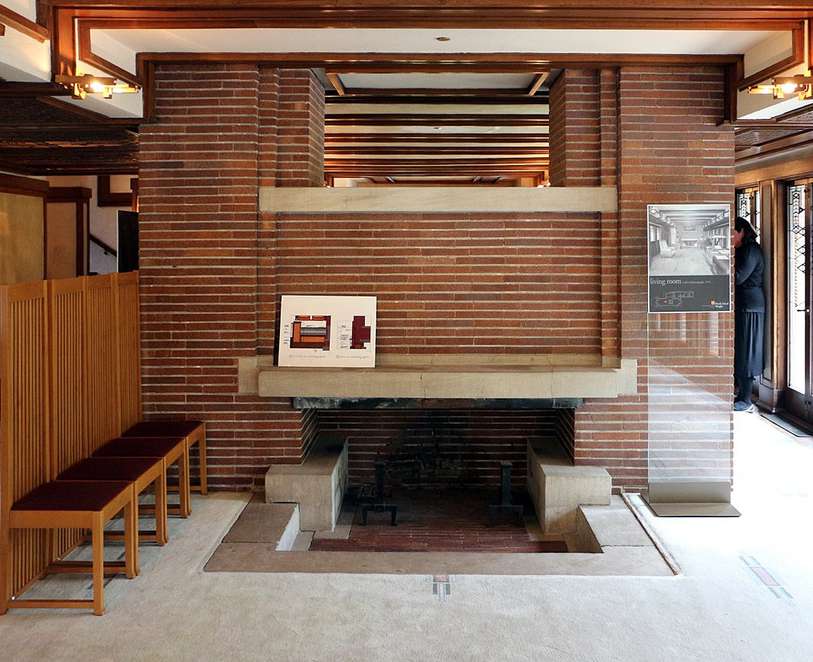 Early in the morning we will have the opportunity to attend Gospel singing in the Apostolic Church of God. 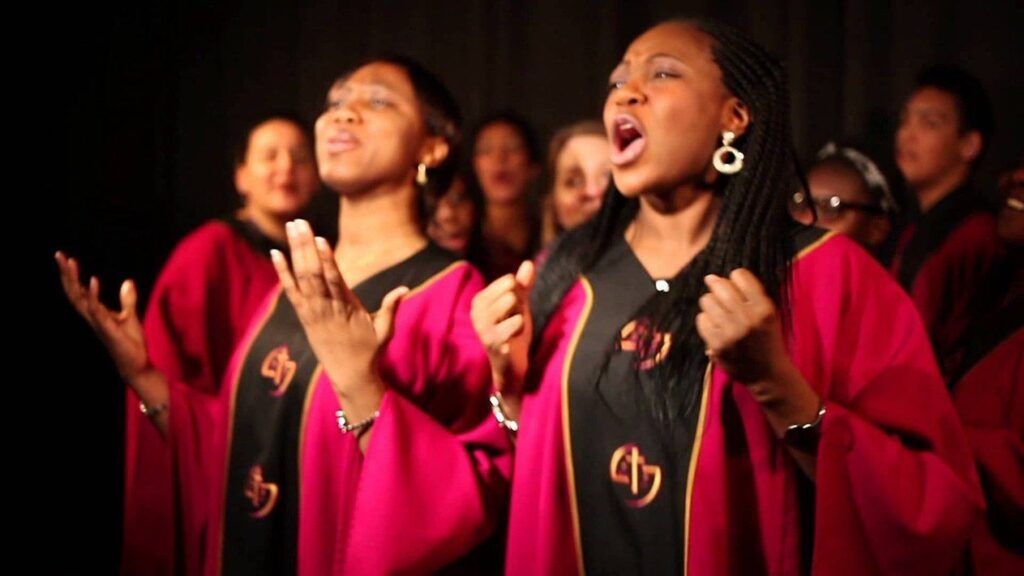 In Hyde Park we can see a historical house, considered one of Frank Lloyd Wright’s greatest achievements, the Robie House (1910).

We will visit the University of Chicago, one of the most prestigious and influential universities in the world. Among its alumni and professors there are no less than 89 Nobel Prize winners.
We will walk around the university campus, including the following landmarks: Booth School of Business by Rafael Viñoly, the University of Law Library by Eero Saarinen, the Regenstein Library by SOM, and the Joe and Rika Mansueto Library by Helmut Jahn, among others. 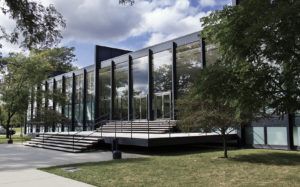 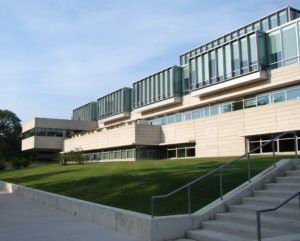 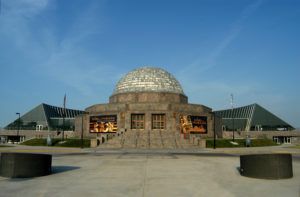 Meet in the hotel lobby and travel by bus to Chicago’s North Side. 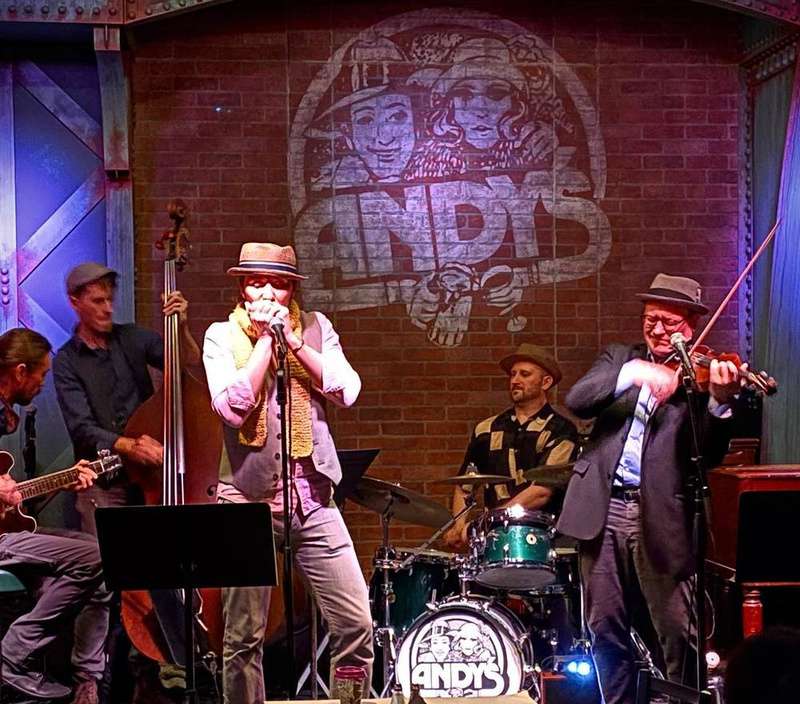 We will take a private bus to Oak Park. A city that contains architectural works of the “Prairie School” movement, including the Unity Temple (interior tour) and Wright’s home and studio, as well as some private homes. 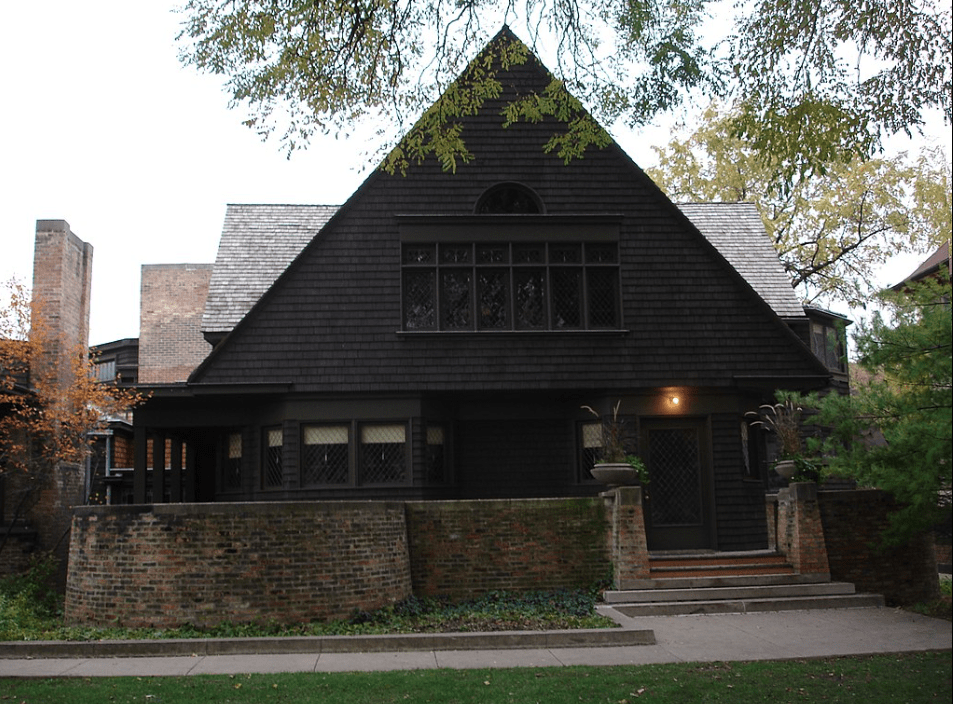 The first is a public building built by the architect, a church he called “my jewel” and which was considered revolutionary for its cubist style. A tour of the interior and exterior of the F. Ll. Wright House and Studio with a professional guide. The architect was 22 years old when he decided to borrow $5,000 from his employer to build this house. We will then drive to Racine to the Johnson Wax headquarters, designated a National Historic Landmark in 1976. The building was “an experiment in design and construction.” 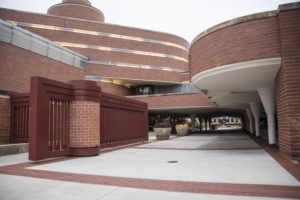 We will visit the Wright Administration Building, the research tower and Norman Foster’s Fortress Hall, a completely transparent oval building. 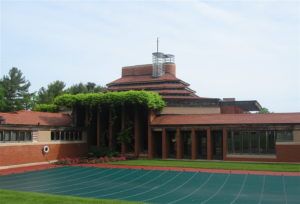 We will then visit the Wingspread House, designed by Frank Lloyd Wright for Herbert Fisk Johnson, president of the S.C. Johnson.

At the end of the day, we will travel to Spring Green, Wisconsin, where we will stay at the House on the Rock Resort.

In Spring Green, we will take a tour inside and outside Taliesin West, the house, studio and summer residence of F. LL Wright.

Taliesin was Wright’s primary residence as a mature designer, and the valley was his inspiration and lifelong laboratory for architectural design and innovation. 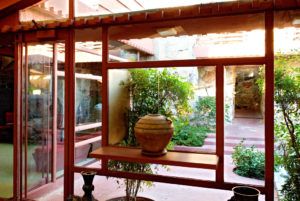 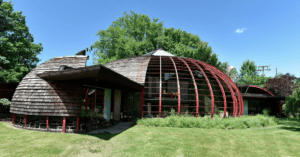 Visit to Bruce Goff’s Ruth Ford House in Aurora (to be confirmed). Arrival at the hotel and check-in at the Holiday Inn or similar. Free evening and night in Aurora.

After breakfast, check out and departure from the hotel.

Transfer to Mies Van der Rohe’s Farnsworth House in Plano, Illinois. Guided tour of the house by an official guide from the foundation. 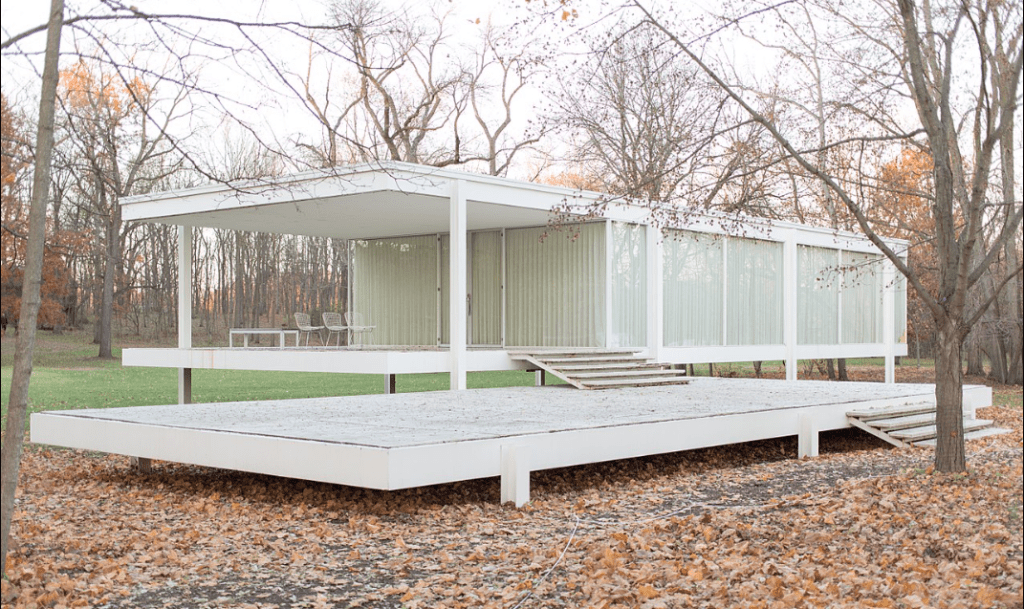 First conceived in 1945 as a country retreat for the client, Dr. Edith Farnsworth, the house as finally built appears as a perfect structure in a natural landscape. The house faces the Fox River just to the south and is raised 5 feet 3 inches above the ground, its thin, white I-beam supports contrasting with the darker, sinuous trunks of the surrounding trees. The calm stillness of the man-made object contrasts also with the subtle movements, sounds, and rhythms of water, sky and vegetation. 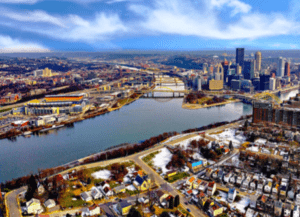 After breakfast at the hotel, you will meet your architect guide. 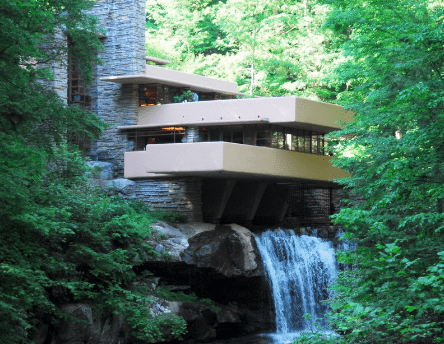 Check out of the hotel and transfer by private bus to visit Frank Lloyd Wright’s Fallingwater House. The house was designed in 1935 and completed in 1939 over a waterfall on the Bear Run River in Fayette County. In line with his “organic” vision of architecture, in which art is in union with nature, Wright designed the house with local materials. Whatever was available on the property was used, including quarried sandstone.

Afternoon visit to other Prairie Houses in the same area.

OPTIONAL: Farewell dinner for the group at the legendary Eddie Merlot’s Pittsburgh restaurant.

Free day to enjoy the city of Chicago at your convenience: 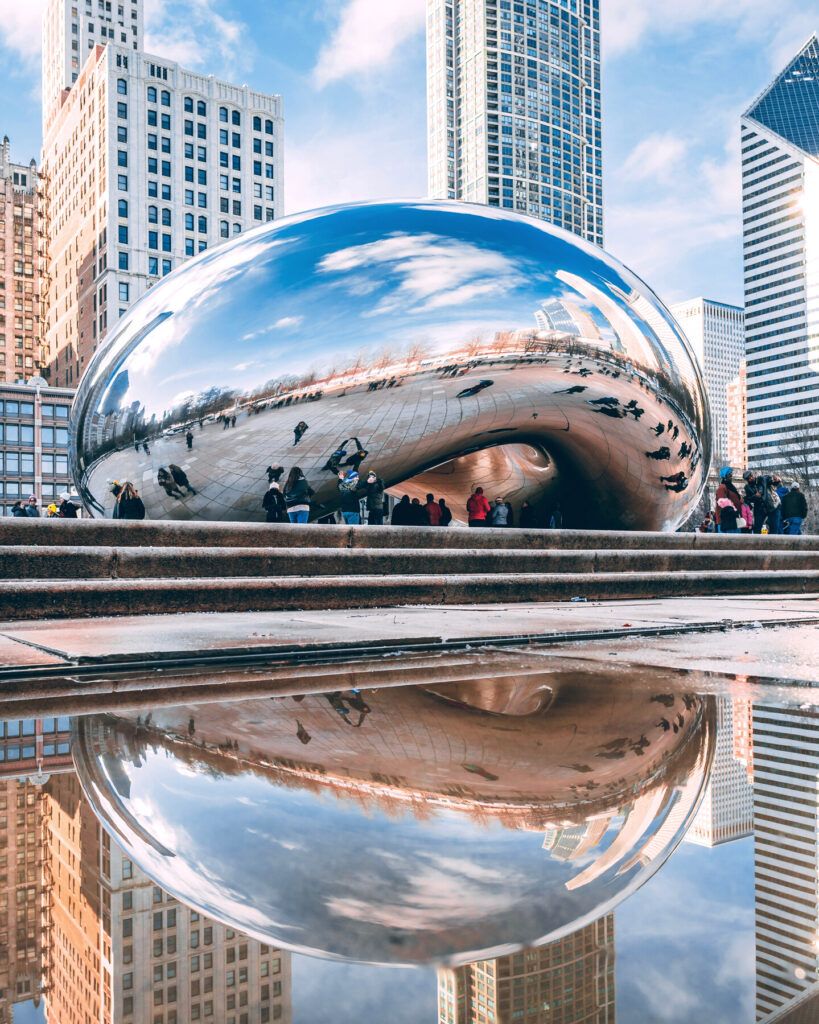 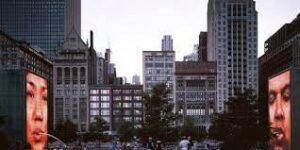 Return to each participant’s destination by their own means.

End of the trip.